March madness has referred to the culmination of the college basketball season since 1908 but the origins of the term actually began centuries earlier. The word mad is commonly used to express anger but can also be used to express insanity. Today the NCAA March Madness incites both anger and insanity, depending on your brackets. 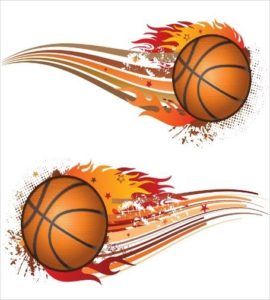 The earliest meaning of the term is believed to have begun sometime around the mid-1500’s! At that time, March madness referred to hares (large rabbits) becoming very aggressive during breeding season in March.

According to the Oxford English Dictionary, the expression also came into use in the mid-1900’s when people referred to that month’s unpredictable weather or “a form of madness or uncharacteristic behavior said to affect people in March.” This year in Louisville we could coin the term February madness based on our crazy weather.

March madness may derive a new meaning after the COVID-19 pandemic awareness escalated dramatically in March 2020. A year later there seems to be much madness (both the angry and crazy types) as we deal with all the repercussions of dealing with work, school, travel, masks, vaccines, etc, during this unprecedented time.

If the “new” March madness has you reassessing your work situation, Summit Executive Suites is here to help! Many people have begun to realize the work-from-home trend is not working for them. Conversely, others have realized that they can successfully work from home but need some tweaking with their professional image with a virtual office.
Either way: